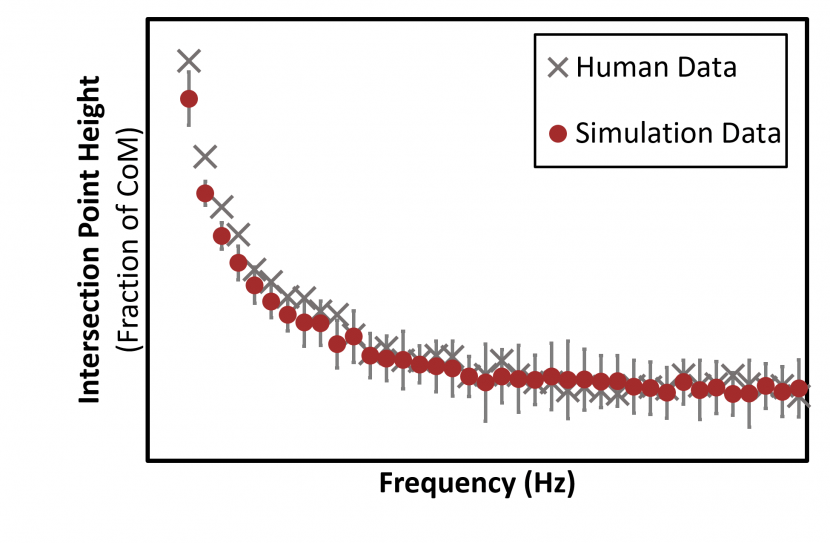 Balance is an unstable task that requires control of translational and rotational motions. Humans use foot-ground interaction force, characterized by direction, point of application, and magnitude, to manage body accelerations. Previous work identified a point of intersection of foot-ground interaction forces that exhibited consistent frequency-dependent behavior across multiple subjects. To test whether this frequency-dependent behavior […]

Motor neuroscience research is primarily composed of studies investigating unconstrained motion.  Yet, interaction with constraints are essential aspects of everyday life, such as turning a steering wheel or opening a door.  Humans excel at these tasks, while robotic systems often struggle.   To investigate a constrained motion task a simple crank-turning experiment was developed.  The […]

For robotic systems to interact with or learn from the actions of surrounding humans, it is important that they can accurately interpret the intention driving human motor actions. Making such interpretations, however, requires the ability to perceive the relevant feature(s) from the observed human behavior. With visual sensing alone, robots are typically limited to perceiving […]

Here is a description of the anklebot project.