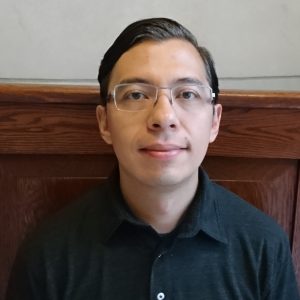 Dr. Moises Alencastre-Miranda has been a Research Scientist at MIT since September 2017. He received a Ph.D. and a M.Sc. degrees in Computer Science from theTecnologico de Monterrey, Mexico. His research focuses on real-time computer vision and robotics for agriculture and rehabilitation. His Ph.D. thesis about computer vision and mobile robotics in natural environments won an award as the best Ph.D. thesis in Computer Science in Mexico in 2008. From 2012 to 2017, he was an Associate Professor at Tecnologico de Monterrey, in Mexico City, where he taught undergraduate and graduate courses on robotics, computer graphics and computer science from 2006 to 2017. There, he was the head of the research group in robotics and computer graphics from 2012 to 2014, where he also won the 3rd national place of Romulo Garza Prize in Research in Science, Technology and Engineering in 2012.