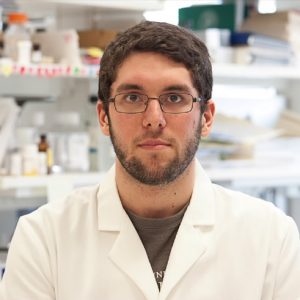 Davi da Silva is a PhD student in the Medical Engineering/Medical Physics program in Harvard-
MIT Health Sciences and Technology. Previously, he was an undergraduate at the University of
Chicago, where he studied mathematics and chemistry, and spent two years at the National
Institutes of Health developing microfabricated cell culture bioreactors for cancer research.
When not in lab, he enjoys practicing the cup task as a bartender at the Muddy Charles Pub, as
well as investigating interaction dynamics between biological systems and inorganic substrates
by throwing pumpkins off the Green Building as an East Campus GRT.